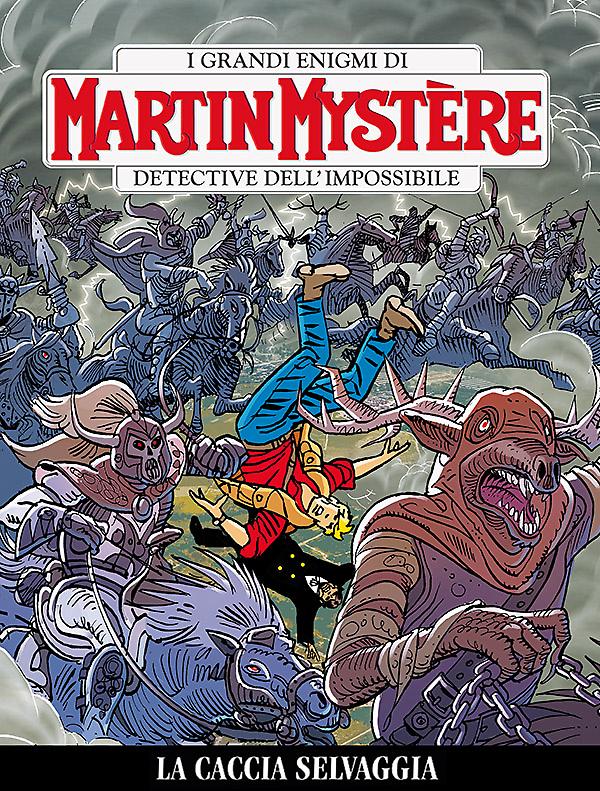 Introduction: An ancient, wild force bursts out of the Tevatron particle accelerator!

2011, Illinois. Tevatron, the second most powerful particle accelerator in the world, is shut down. Unbeknownst to everybody, the device, in its last moments of activity, releases “something”. Five years later, a young researcher witnesses the kidnapping of a man by a horde of demonic creatures who fly across the sky on horseback. She goes to Martin Mystère for help, but the only man who might know the solution to this case is Chris Tower; the mystery began more than a century ago, in the “Elsewhere” secret base, and concerns the enigmatic characters known as the “Wild Hunt”!