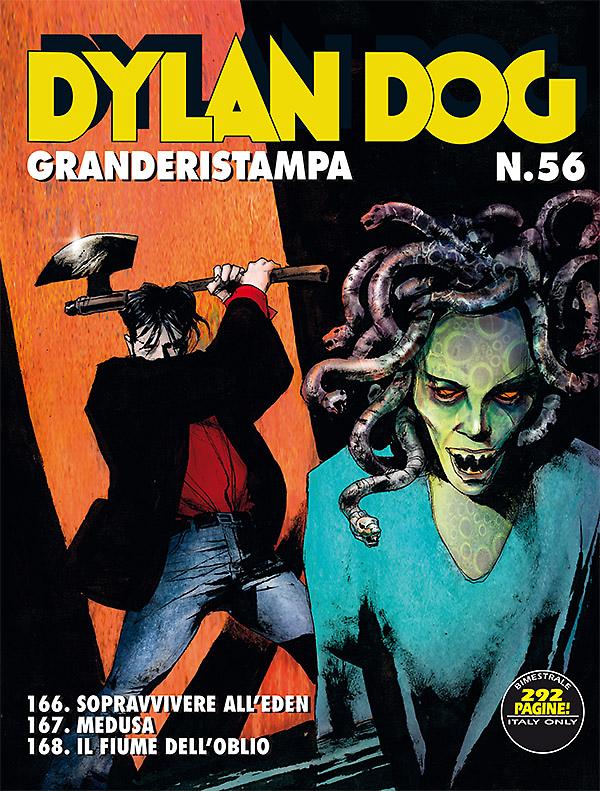 A murderer with a deformed face has left a trail of blood running through the placid life of Serenity. The perfect oasis, the community of harmony quakes at the shudder of a sinister vibration, while violence is on the rise day by day. Could there be something rotten beneath that rosy crust? Doctor Westwood doesn’t want to admit that his experiment might fail, he can’t believe that the murderer’s monstrous scowling grin might simply be a reflection in the mirror… The real face of Serenity!

Stheno the Mighty, Euryale the Far Sprinter and, lastly, the most terrible of the three Gorgons: Medusa, who turns into stone all who look upon her in the eye! The ordeal the Investigator of Nightmares has to face this time springs from the most ancient legends; but as often happens, horror and mercifulness proceed side by side, and for Dylan there is no creature so monstrous that it doesn’t in the end deserve a few drops of mercy…

Seymour Zaplowsky has a most unusual name, but if that were the total extent of his oddity then there would hardly be anything serious to worry about. But in actual fact, poor Seymour is tormented by sudden – and highly realistic – visions. Visions of death that bring to light the mutilated corpse of the last victim of the Head Chopper. Thus Dylan can lift the veil on a secret that has been shrouded for twenty years in the murky waters of the River of Oblivion…