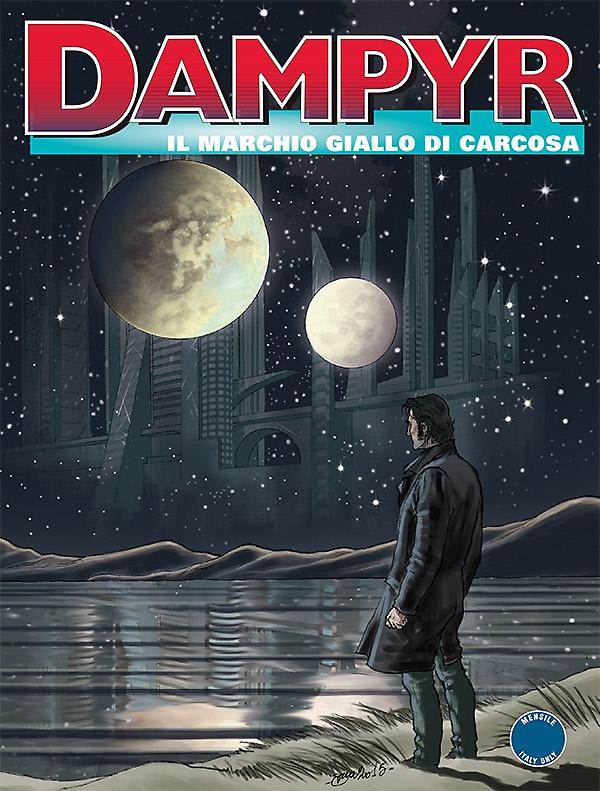 While the enigmatic verses of the mysterious “Cassilda’s Song” are still echoing in their ears, with trembling hands the actors at “Lortel Theatre” in Manhattan are leafing through the script of “The King in Yellow”, a legendary drama that causes madness. And old film shows a man who lost his memory and appeared in Pripyat, Ukraine, saying he came from the imaginary city called Carcosa. In Père Lachaise Cemetery, in Parigi, Angélique Marais meets a monstrous creature who asks her for the “Yellow Sign”! What’s going on here? Is there something real, indeed, in the literary fantasies created by Bierce, Chambers and Lovecraft? Does a lost city called Carcosa really exist? Is there a terrifying creature known as the “King in Yellow”? And is the Kuen-Yuin brotherhood really trying to bring the cult of the Great Old Ones back to Earth? Our heroes will have to find out; but, while Kurjak will receive the Pallid Mask, Harlan will fall into the clutches of an infernal mistress...