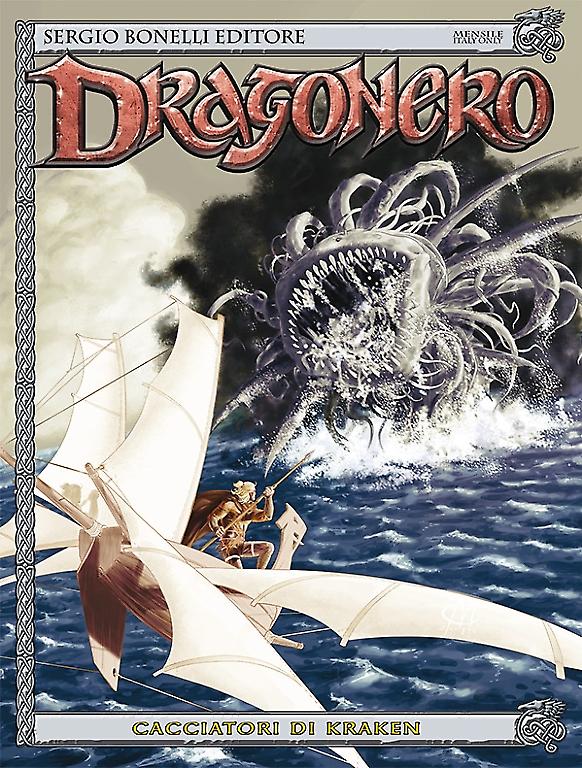 A quiet coastal town comes under attack by a giant flying Kraken: a beast like that hadn't been seen for centuries. Dragonero is urgently summoned to the corporation of Imperial naturalists, near Vahlendart, where he receives instructions for his next mission: he's to fly to the far eastern shores of the Eolanisuhre Sea and join a group of hunters called "Queman's madmen". Mission: to find and kill the Kraken!