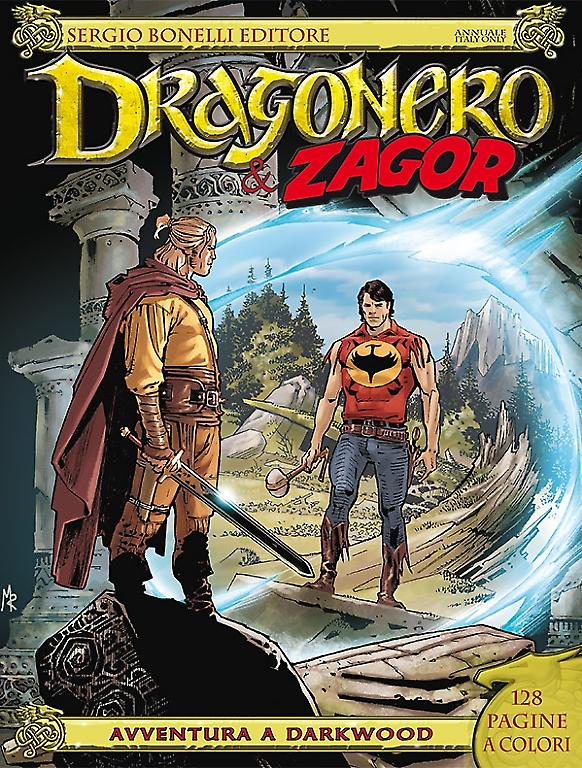 Introduction: Dragonero & Zagor: an alliance of two heroes to change the fate of their worlds!

Dragonero, Gmor & Myrva go on the tracks of Oram Thais, a renegade technocrat who’s forming a small army of Ghouls and Giants to fight against the Empire. But Thais’ plans are far more ominous! In the depths of an abandoned citadel, the technocrat opened a threshold to another world! After having crossed it, Ian and his Orc friend find themselves in Darkwood: here they meet Zagor, the Spirit-with-the-Hatchet, who has been worrying about the strange events that are startling the forest... Mysterious creatures have been scurrying in the trees for some time now, killing and robbing—the beasts have taken refuge among the rocks of a nearby mountain, where upsetting flashes of light constantly shoot towards the sky!...