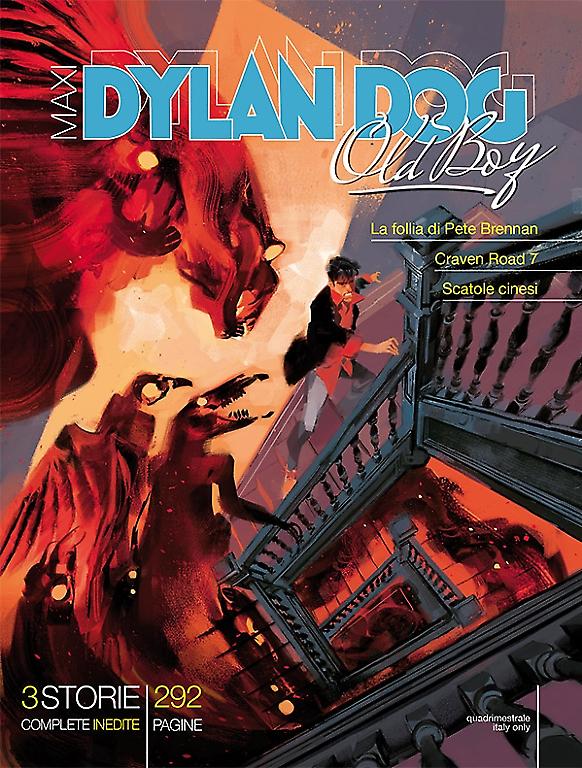 Introduction: An impossible mansion, a mysterious landlady and the mazes of multiverse!

Old Pete Brennan is deemed mentally incompetent because he's always raving about mysterious combinations and sequences that are somehow connected to his house. But when Dylan steps into the place, he's forced to reckon with the things that lurk beyond Pete's doorstep!

Dylan Dog is looking for the new owner of his apartment, damaged by a disastrous water leak, to ask her to pay the expenses for repairing the flat. The search, though, is harder than he thought… What mystery is the enigmatic woman concealing?

A maze-like adventure, where the line between fantasy and reality is finer then ever, where appearances can conceal every kind of things, where the unexpected is the norm, and where Dylan Dog's multiverse can show all its unpredictable facets.