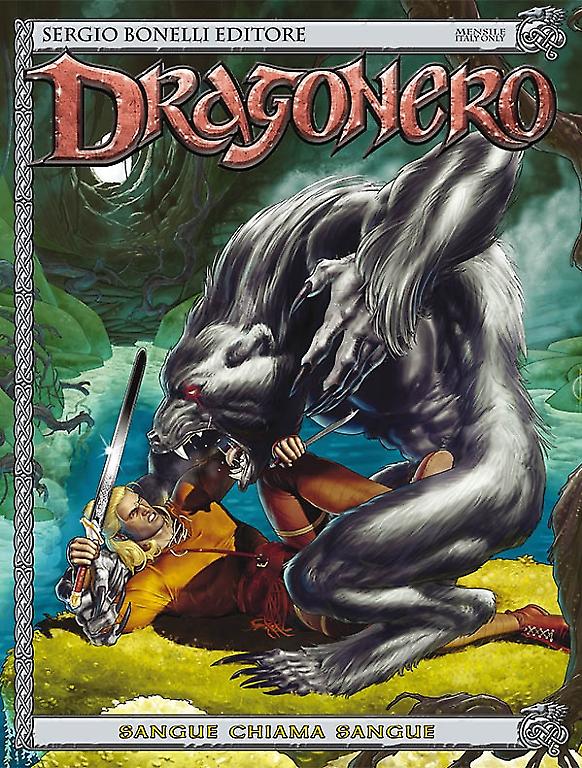 Introduction: On his hunt for the monster, Dragonero will face the beast right inside its lair!

The beast that Ian and Gmor are hunting appears to be moved by an almost-human desire for revenge—soon it will be clear that it is not an ordinary wild animal. A pair of Bestiarii – one of them a seductive tiger huntress from the Southern Kingdoms – might know more than what they’re saying about the reason for the beast’s fury. An implacable hunt will take Ian to face the monster inside its own lair, in the thick of the forest...