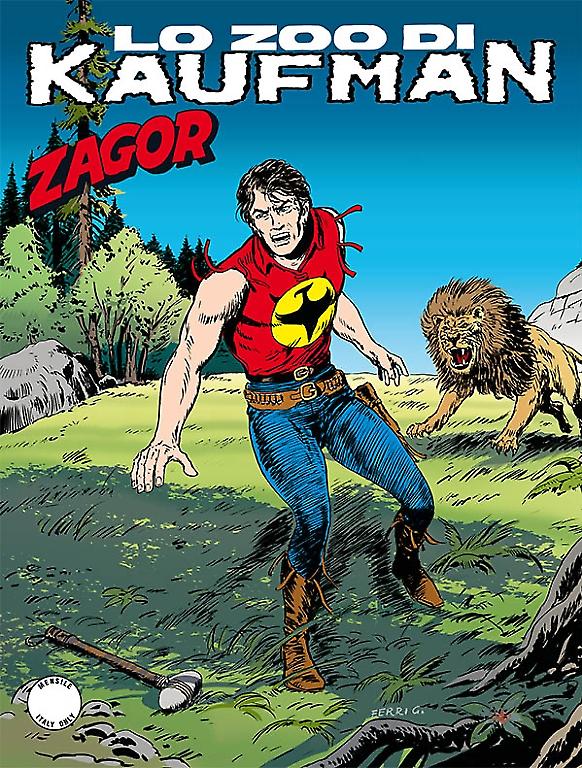 Introduction: On the island, Zagor is forced to face fangs, claws and deadly jaws!

While he’s trying to cross Kaufman’s island in order to save Cico, prisoner of the sadistic German, Zagor has to face an array of wild beasts. But he also has to fight the men at the order of the crazed Kaufman, a Masai called Kourbo included, who has tamed a wild lion, Laaya. When he comes near an old British fort on a rock abutting the sea, where Kaufman put his headquarters, the Spirit-with-the-Hatchet is forced to fight also against a fearful great white shark!...