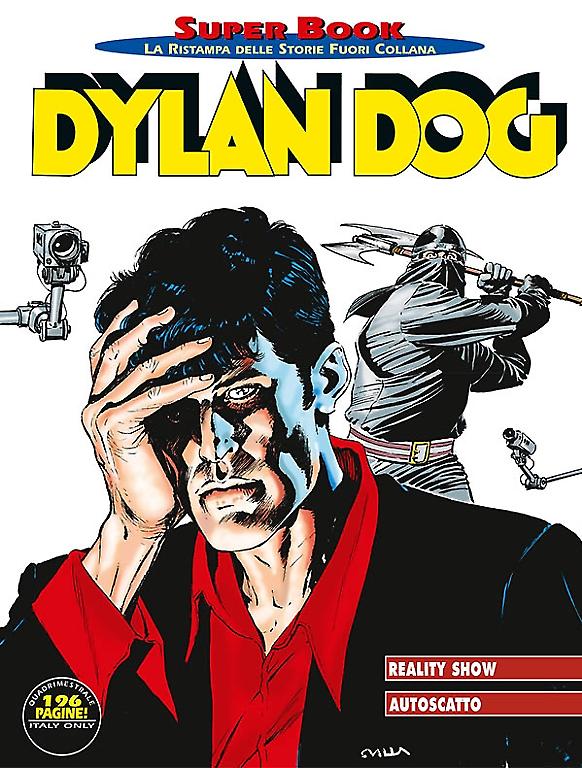 While he’s coming back from Scotland, Dylan Dog’s car suddenly breaks in the middle of a forest, and our hero is forced to fight for his life in a strange out-of-season snowstorm. Finding refuge in a seemingly typical haunted mansion, the Nightmare Investigator will be facing a far worse horror! A surreal TV live show, where the Old Boy’s only chance to escape is waiting, like the other participants, the unavoidable... final elimination!

A simple photo shoot in a seemingly ordinary photo booth, takes the Nightmare Investigator in another London, where nothing is what it seems and running away seems impossible.