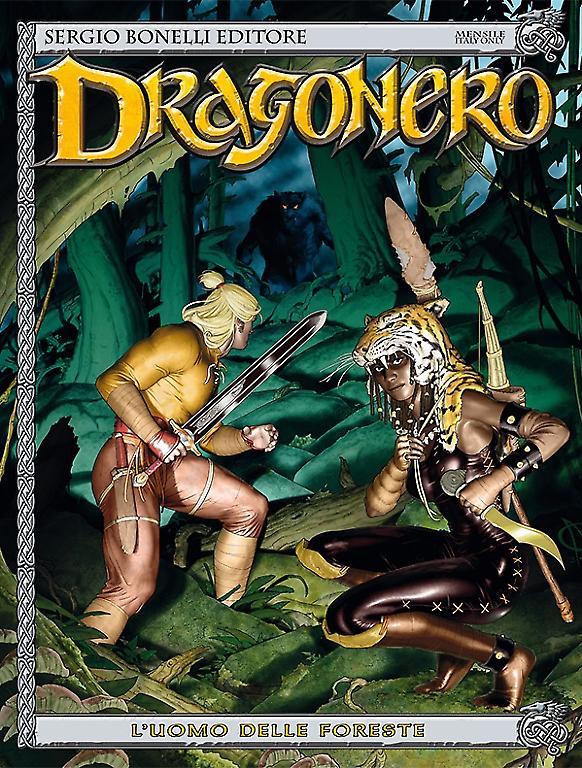 Introduction: A mysterious beast causes a bloodbath in the forest: are you ready for some big-game hunting, Dragonero?

At the border of the huge Vetwasilvhe forest, in the middle of the Erondàr, a mysterious beast is slaughtering the hunters—it attacks them even inside their huts, leaving nobody alive. The people who live in the nearby villages are forced to avoid the forest, their only source of food and raw materials, and the entire region begins to starve. Ian & Gmor are sent with a load of big-game hunting weapons to a fortified outpost, where hunters and bestiarii from everywhere gather, eager to catch an exceptional trophy...