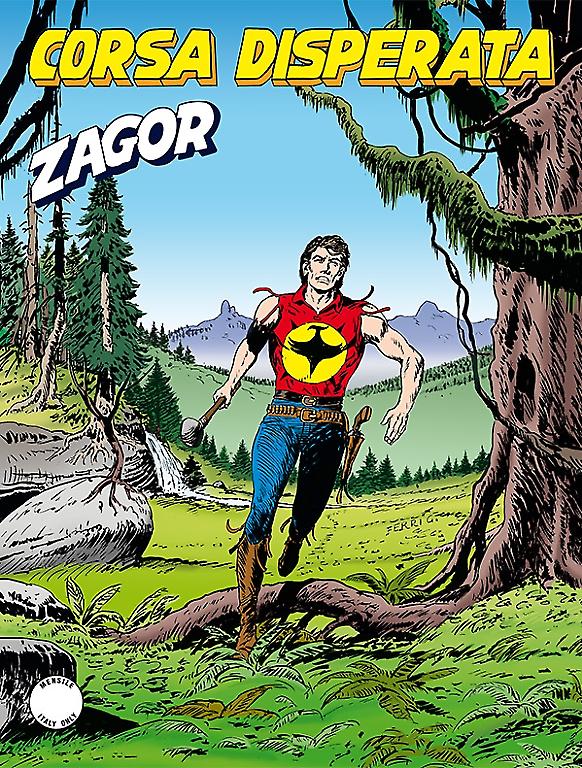 Introduction: In order to save Cico, Zagor will have to survive the claws of Kaufman's wild beasts!

Kaufman, a crazed former Prussian soldier, changed a deserted island off Virginia’s Atlantic coast into a private zoo of sorts, packed with every conceivable beast of prey on earth. When his men take prisoners on the Continent, the man throws human preys to the wild beasts of his preserve, just for his own sadistic entertainment. While they’re investigating about the death of a man from Norfolk, whose body was found at sea, Zagor and Cico are caught by Kaufman’s henchmen—among them, a Malay called Tamau and a Maori warrior, Rongo. In order to save his Mexican friend’s life, the Spirit-with-the-Hatchet will be forced to cross the island, while facing the lethal beasts that lie in ambush every step of the way...