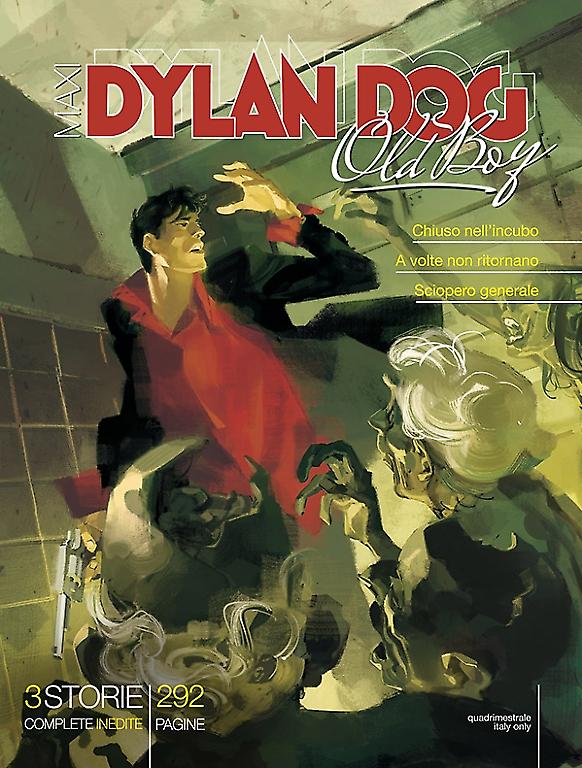 Dylan, facing his alter ego: his bad conscience… Groucho, brought on the verge of death by a demon that spread chaos throughout London… Inspector Bloch, under investigation for the classified files he passed on to the Craven Road’s dweller… How will our heroes untangle themselves from these puzzling situations?

The Old Boy is visited by Gregory Talbot, who’s a professional dead “reawakener”. Talbot’s “gift” is his ability to bring people recently deceased back to life, event though for a short time. But recently, the duration and the form of the reawakenings changed in an alarming way...

All of a sudden, reality itself appears to be collapsing. Dylan Dog has to face a world that has fallen prey of dark nightmares, as illogical as they are lethal, of crazy visions of a disaster, and of an unbelievable turmoil of wild shapes that spread death around themselves.