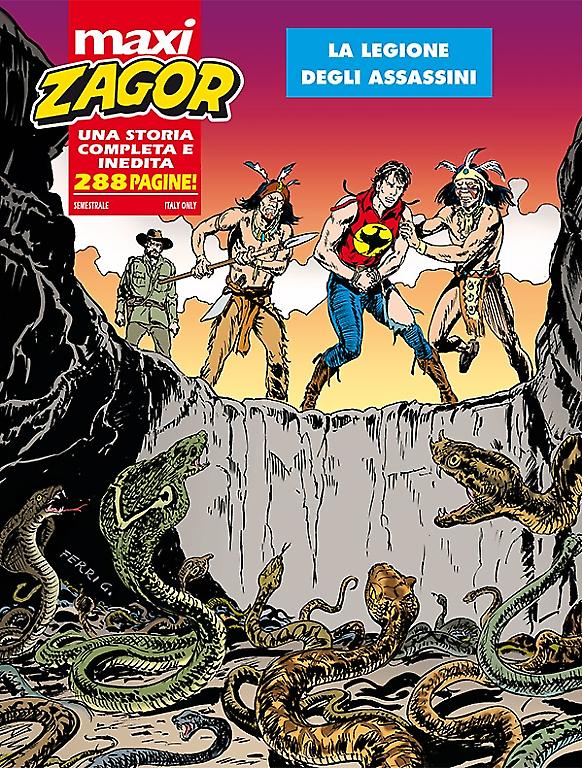 Introduction: Dangerous warriors from the Far East are spreading terror along the border!

A British army officer, Major Taggart – a veteran of the USA-UK War of 1812 – leads a band of fierce Dayak warriors, sent by the British autorithies to Canada to stop the new Métis riot. Feeling betrayed by his own government, Taggart becomes a deserter and uses the Asian fighters to spread terror along the American border, while he tries to reach Mexico with his private army. When Zagor and a company of soldiers from Fort Pitt go on his tracks, they’re joined by Duncan, one of the Spirit-with-the-Hatchet oldest friends. In the Darkwood Forest they will have to face together the fearful headhunters from Borneo and their lethal darts, drenched with the cobra’s lethal venom!