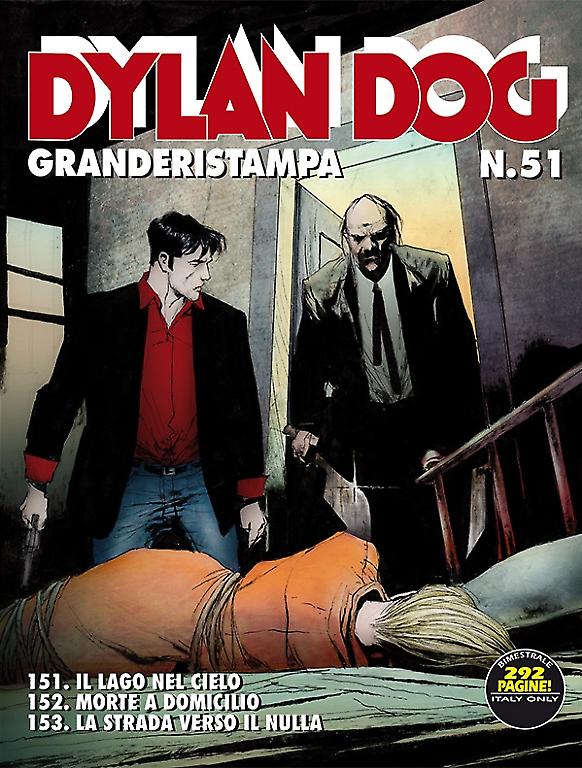 Flowing waters throughout the world transport dreams and memories... Spring Shorend has returned to the shores of Lake Whirl to defy the curse that was put on her and to recover a fragment of herself. Together with Dylan, she discovers the civilization of the Aquatics, eternal custodians of the mystery of water, and by virtue of their assistance she becomes a little girl again. In her past, under the shield built up by the years, there is still the magic of hope…

Door-to-door, selling the same vacuum-cleaner over and over again. Facing the refusals, mean hostility and derision of sour little old ladies… It’s hard, the life of a traveling salesman! Timothy Penderwhile can’t cope any more, he needs to get out of this daily horror and perhaps he’s found someone who can help him. It’s voice echoing in his head, a voice that always knows what to do and which is telling him that now is the time to kill!

There’s a bit of a tailback tonight, the cars are all backed up, there’s been an accident. But don’t worry, you can take the Detour. The road Dylan follows, streaking along the blade of night, is certainly no short-cut. It’s a long strip of black-top road, studded with vague presences, infernal dangers, mysterious hitch-hikers. A path that lies outside of time, that tells the very dreams dreamt by Death and that always leads to the same place…