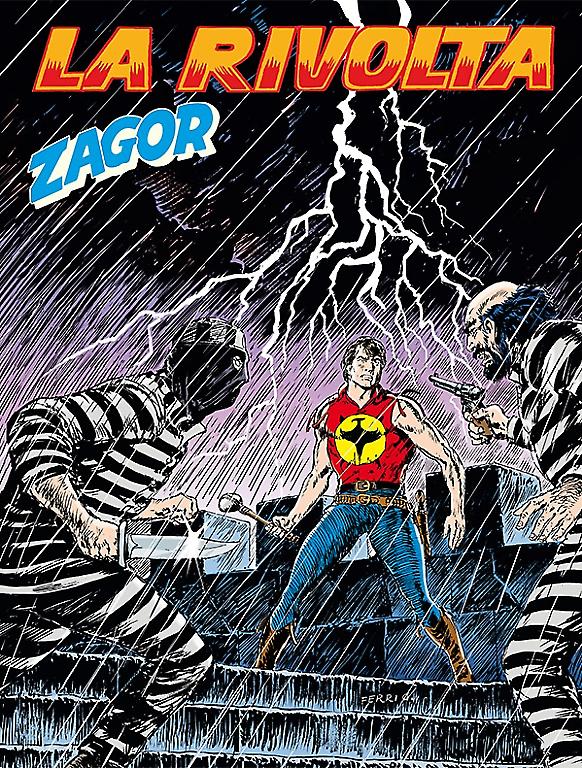 Introduction: A desperate rescue mission, inside the walls of the “Living Hell”!

A riot breaks out in the Hellgate prison! The inmates kill most of the guards, taking the others as hostages. The prison’s warden and the daughter of an army General who happened to be visiting the place, are among the prisoners. The authorities resolutely refuse to negotiate with the rebels’ leader, the ruthless Legion, and with his right-hand man, a mysterious convict nicknamed the Executioner. An ultimatum for the release of the hostages is dictated—after that, the prison will be bombed by the military guns. In a last-ditch attempt to save the lives of the human shields, Zagor manages to enter the walls of the “Living Hell”...