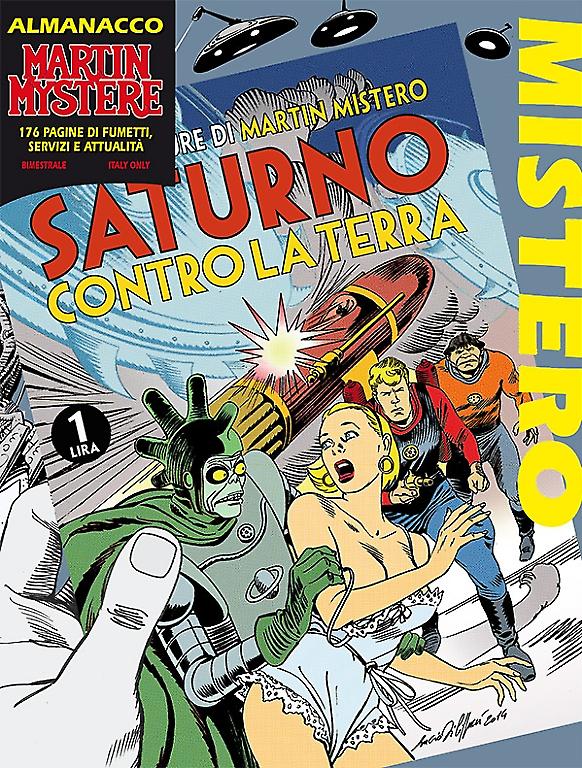 Introduction: The 1930s Detective of the Impossible has to face some mysterious alien invaders!

In the “alternative dimension” of the 1930s, Martin, Java, Agent Diana and Angie are trying to repel an alien invasion! Who are the mysterious creatures who landed on the Earth, and what is their goal? Who’s their leader? Who is Angie’s quirky husband, and why did he suddenly disappear at Niagara Falls? Which part of the universe did Martin Mystére and Java end in, after crossing a weird hexagonal portal? Who is the mysterious GorSamsa, and what’s his role in the whole situation? And, above all, why did “Elsewhere” ask for the help of Orthon Whales, a film director and the greatest young genius in the U.S.? This year’s Almanacco also includes full-color dossiers about fanta-pulp magazines, Terry Brooks’ magic secrets and alien deities, along with everything you need to know about the “mysterious” books, movies, TV series and videogames of the year!