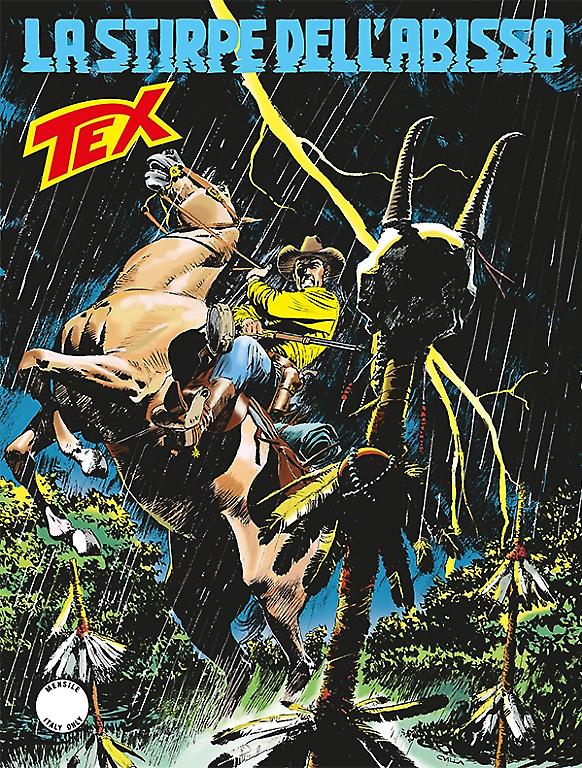 Introduction: The mark of the Mayan Snake God becomes an obsession for El Morisco...

According to an old Mayan legend, before humankind was born, the gods tried to create other beings – but the race of the snake-men was so hideous that it was confined in the 11th abyss of Mitnal’s hell... When one of El Morisco’s friends, Dr. Palacio, mortally wounded by some mysterious men in black, leaves him an enigmatic diary, the “curandero” from Pilares asks Tex for help. Along with his four peerless pards’ and the loyal Eusebio, our Ranger leaves for the deep Mexico, with its unknown horrors...