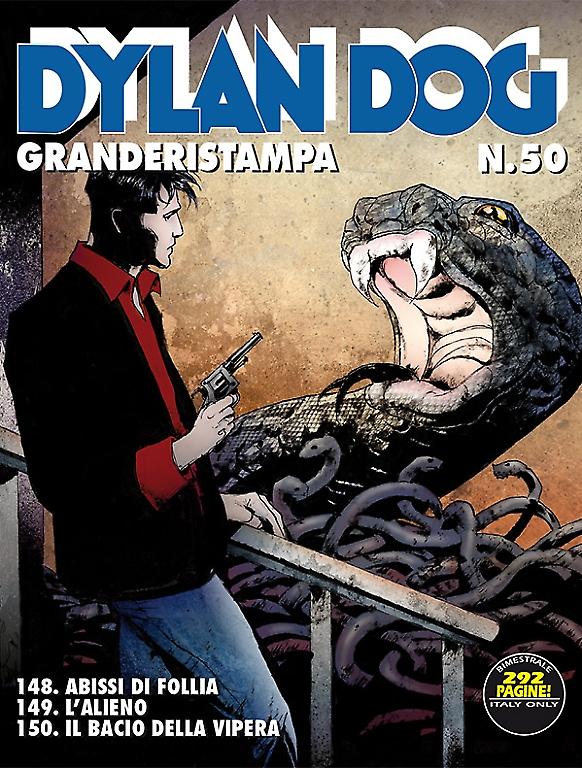 Serenity House. The place where all is serene, where you can be in peace with yourself, where deranged minds can recover their balance. A therapeutic oasis, where doctors, nurses and patients… die off one by one! Missing persons and suspicious suicides are tainting the spotless walls of the psychiatric hospital and Dylan Dog has to infiltrate himself incognito. He’s going to have to carry out an investigation in a strait-jacket!

Shy young Justin hasn’t been himself any more… since that night. Something came crashing down from the sky right onto his head and mutated his brain into a cold-blooded computer. At St. August College, the days of peace are over. There’s an alien force wafting around the desks and along the driveways, a force that possesses infinite knowledge and infinite power!

Sinuous and cold, hypnotic and swift like the lethal outburst of poisonous fangs… Viper, the snake-woman, performs every evening in shifty Smiley’s night-club. Her talent is the kind of natural flair that bewitches men, a sensuality that befuddles the mind and freezes the blood. Dylan tries to read in her reptile eyes: could it be that Viper is a murderess? Could it possibly be that, behind such beauty, there lurk the coils of a monster?