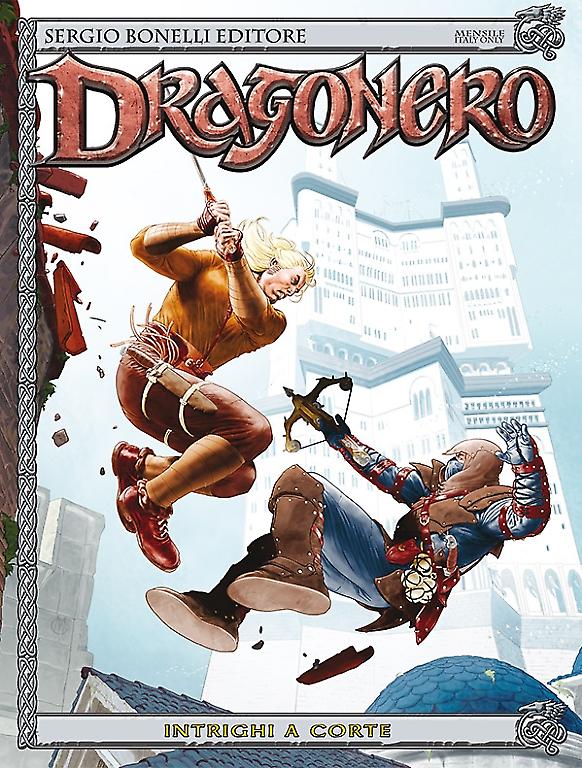 Vàlhendàrt, the “city of power”. Ian, Gmor and Sera arrive at the capital city of the Erondarian empire just in time to be present to the “Celestial Nuptials”, the astronomical event that marks the beginning of a new year. During the public ceremony, Ian and Gmor foil an assassination attempt against the prince, son of the Emperor, and catch one of the hitmen. The incident gives way to a shady series of conspiracies and murders inside the Royal Palace, where courtisans and noble vassals weave their schemes, in a perennial struggle for power.