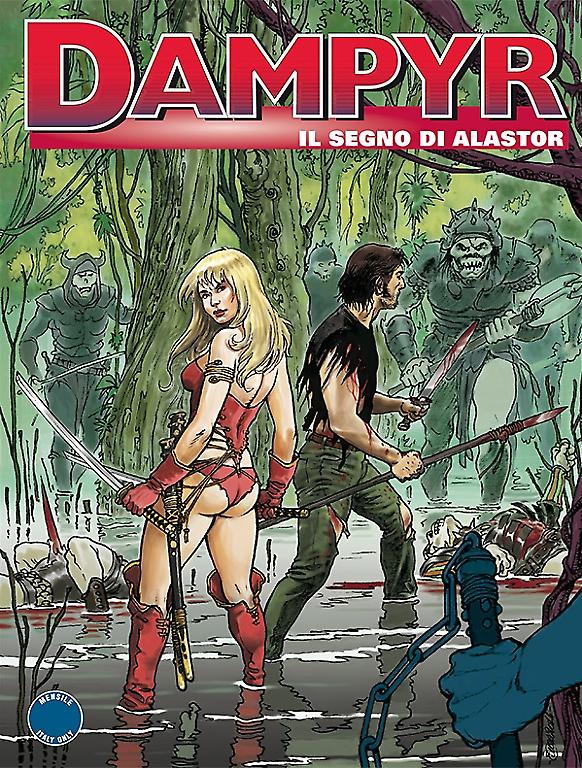 Introduction: A dangerous land beyond time and space...

An American writer of heroic fantasy books, Jack Kelsey, disappeared from his New England home. Some time before, also his wife Linda had misteriously vanished; in an interview released to Timothy O’Sullivan, Kelsey said that he had really met his own characters, and had made love with his beautiful warrior girl, Rhaleya. After finding the name of Xeethra, his lost princess, in one of Kelsey’s dime novels, Kurjak go in search of the writer. Instead of ending up in the Twilight World, though, Kurjak, having lost his memory, will find himself in a wild land where the Hordes of Chaos led by Prince Alastor fight against the humans. And Kurjak, the only man in a fellowship of hired warrior women, will go into service of the Prince of Hell!