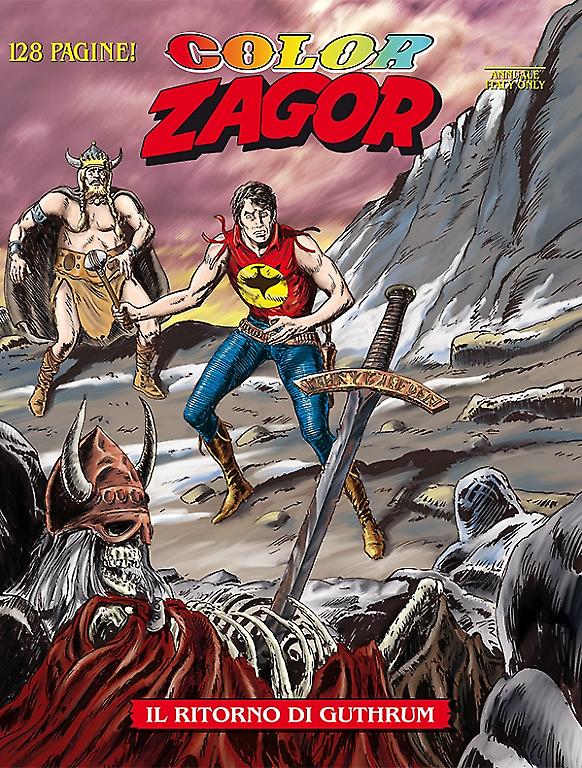 King Guthrum, the leader of a group of Viking colonies who settled in North America centuries ago, asks the Spirit-with-the-Hatchet to help him solve the mystery of a scientific expedition, gone missing while examining old Scandinavian settlements in Labrador. Guthrum’s idea of involving Zagor is due to the presence of hostile Natives in the area, but that’s only part of the story... according to the predictions of a Viking priest, a terrible threat is about to materialize! Our heroes, along with Professor Trevor and ten or so selected warriors, leave on a Viking “drakkar” ship: on their path they’ll find an aggressive Native tribe; but they will also be forced to witness the reawakening of the legendary Draugar, blood-thirsty creatures that belong to the Viking legends!