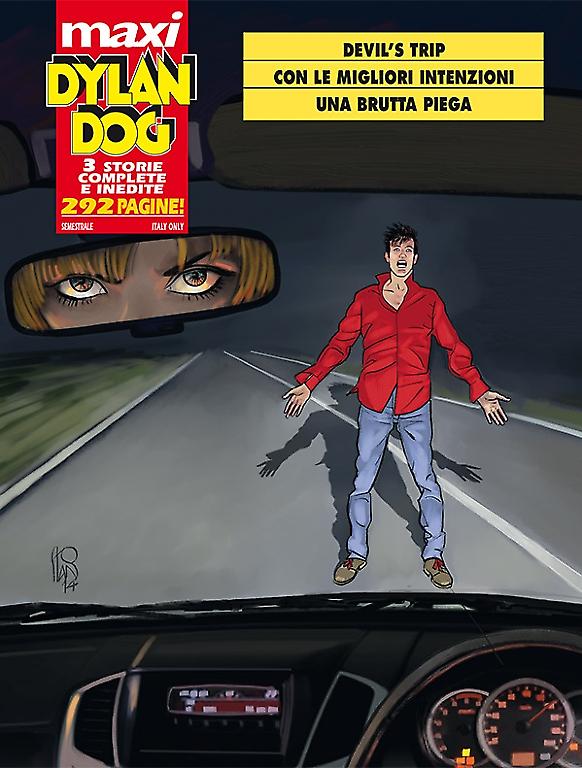 Introduction: Prisoners of ghostly entities, a fatal accident and a salon that makes you so beautiful that you're... to die for!

Dylan is dating Fay, a young punk girl who hang around the radical circles of the city. Urged by her, Dylan goes on the tracks of Desirèe, one of Fay’s friends who vanished into thin air. She’s kept, along with other young people, inside a terrible cave, where the prisoners are the victims of monster entities, who surface from a fetid mist.

The Nightmare Investigator is on a nightly journey, when a fit of drowsiness makes him close his eyes. In a tragic instant, he collides with another car, causing the death of the driver. After plunging in a tunnel of paranoia and depression, our hero will have to confront his inner demons and the wily accusations he’s leveled with by several people.

Madame Javier’s beauty salon is exactly what you need to be to die for. Seven women who patronized the shop are horribly slaughtered, with no apparent reason. Since then, a series of vicious killings begins, finally involving Adele, Dylan’s fiancée, and her unwell sister.