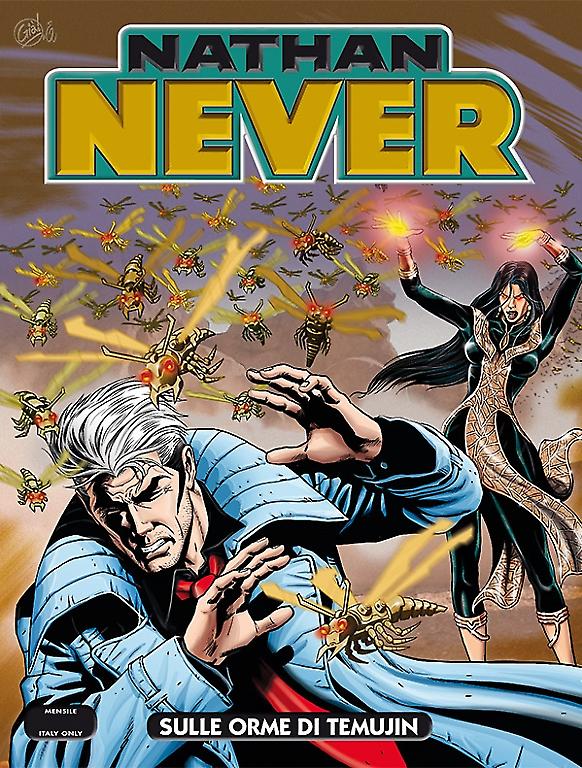 Introduction: The decisive clash between the Daymas, Garland's men and the Alfa agents goes off in the heart of ancient Mongolia!

The desert plateaus of ancient Mongolia are the scenery for the final battle between the remains of the Dayma Clan, the emissaries of the billionaire Garland and the Alfa agent. As a backdrop, they’ll have the mysterious meaning of the Temujin sword, the emblem of the archaic power of the Daymas. But this isn’t the only prize: Kezja, urged by an irrational and very human desire for revenge, and Kay, eager to show her abilities to her parents, decided to act without consulting anyone. And now, also their two young lives are at stake…