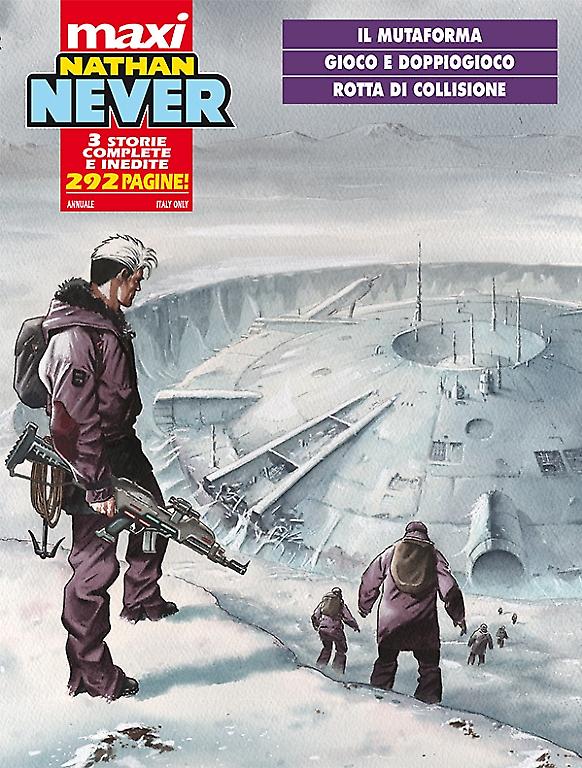 Introduction: From deep space to the frozen lands, up to the urban jungle: there's no rest for Nathan Never!

Nathan and a group of scientists are gathered in an Antarctic base for an ultra-secret mission. They will have to investigate a mysterious alien object that has already attracted imprudent explorers, marking their end...

On the outskirts of East City, the Flower Village fights a lost fight against the waters of a lake that threatens to swallow its houses. It’s a place filled with misery and crime, where Nathan Never will have to go if he wants to find out about the terrible fate of Carl Akkerman. It will be a race against the clock, to allow the man to hug his dying wife for the last time...

To stop the crazy race of space lab Nashtur, on a collision course with Earth, Nathan & Branko try an impossible boarding maneuvre, unaware that the real threat is concealed in the depths of human madness...