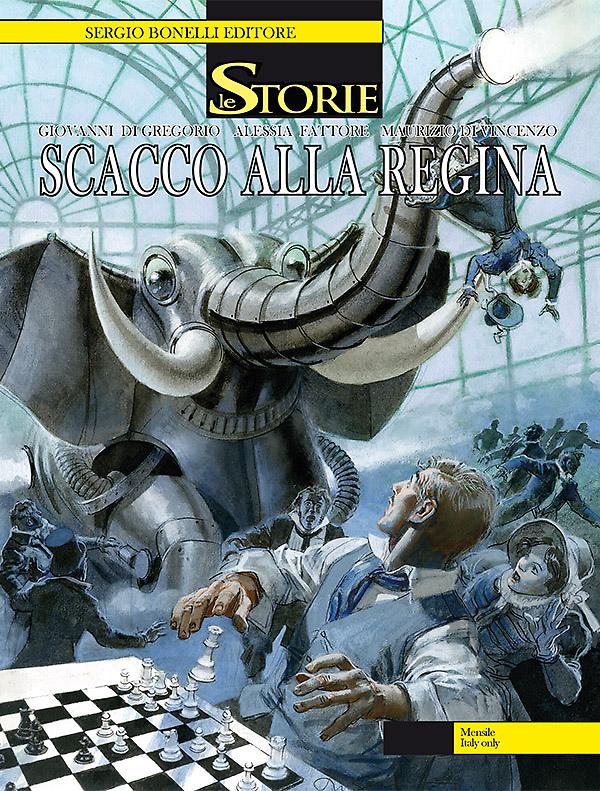 Introduction: While an incredible and exciting chess match leaves mid-XIX century London in awe, a killer sheds blood in the capital's streets!

London, 1851. The British Empire celebrates technological advancement in all its might with the first, impressive Universal Exposition. The pride and glory of the English science is Adam, a phenomenal “computer” fed by steam power, that faces the world-famous chess player Fiehedrssen, in a match destined to make History… Meanwhile, as the two players move their pieces, an elusive murderer begins to fill the streets of the city with blood. What’s the secret connection between the match and his homicidal plan?