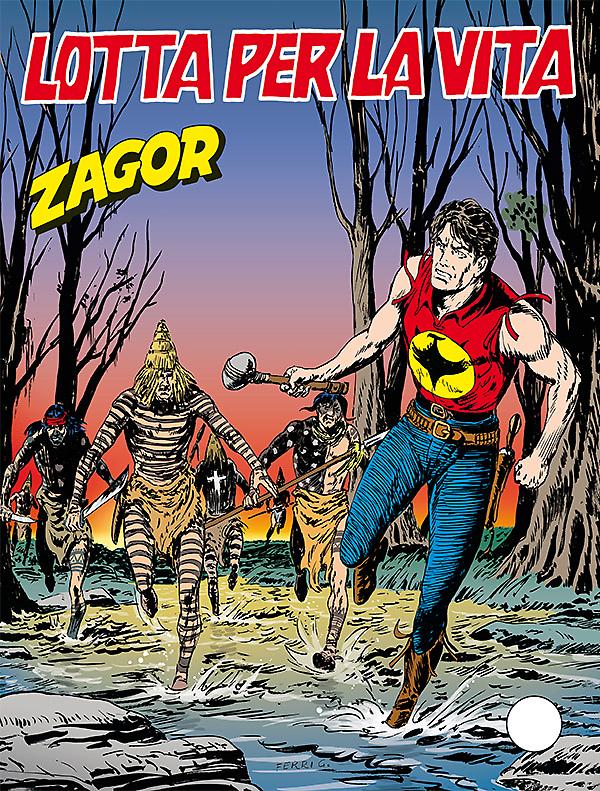 Introduction: The mysterious Ona, a savage and man-eating people, captured Hilario! It won't be easy for Zagor to save him!

In Tierra del Fuego, Zagor and his seafaring friends from the "Marilena" vessel are trying to set Hilario free, after he’s been caught by the Ona, the native tribe that everybody believes to be made of savage and cannibal people. They stumble upon Jemmy Button, a Native that, some years before, sailed on Captain Fitzroy’s "Beagle". It’s Jemmy himslef to take the Spirit-with-the-Hatchet to the Ona village, where, in a hole in the ground, also the survivors of the men who escaped from Punta Arenas jail are locked. Bringing the prisoner back to safety will not be an easy task...