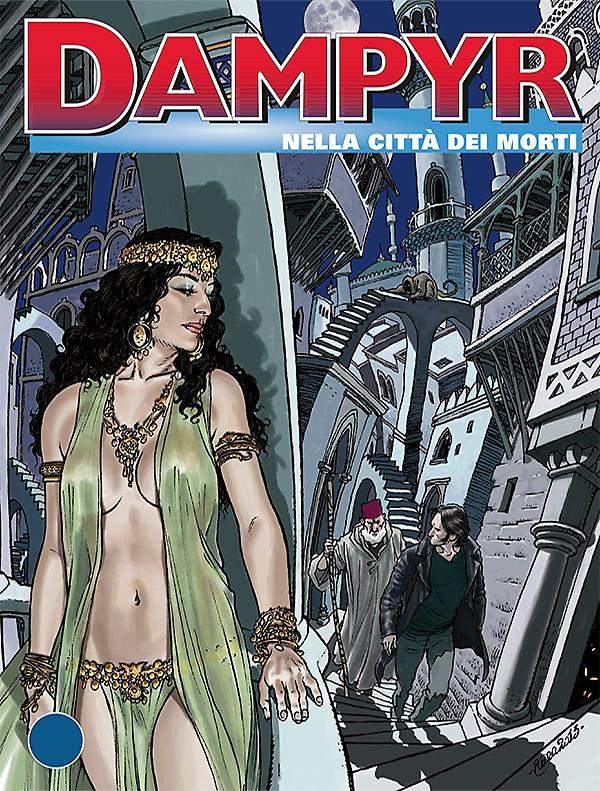 Introduction: There is an invisible world, that sometimes dangerously surfaces in dreams...

Those bitten by the mysterious “dream disease” stop sleeping at all, because their inner essence is already sleeping forever in the onirical world of illusions, a place with no ending and no awakening. That’s what happens to Zaphira, the gorgeous and powerful concubine of Sultan Qait-bay, when the holy man Mandhur tries to eliminate her to seize power over Egypt. But Mandhur didn’t reckon with the longevity of the charming harem queen, who really is one of Samael’s creature: a succubus called Eisheth Zenumium. That’s how, after centuries spent in exile in the in-between world — Alam-al-Mithal — Zaphira manages to involve in her fight two reluctant allies, thanks to an intricate trick: the blind soothsayer Mulawa, and his friend Harlan Draka, the Dampyr. In order to save a child burdened with the dream disease, our heroes get lost in the mazelike and feverish alleys of the sick city of Jabarsa, Cairo’s dark double; a place inhabited by strangely deformed creatures, where the only way out is to plunge yourself in the abyss of madness.