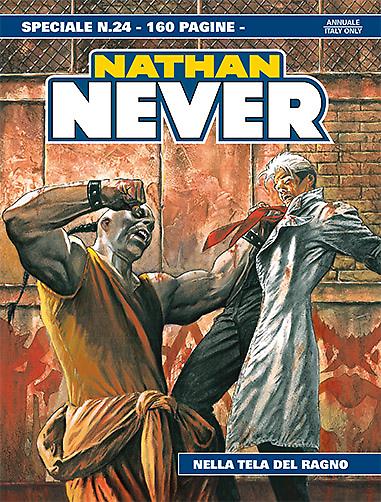 Rex Mathaus, a dangerous criminal, a warlock of sorts who heads a sect of fanatics that worship him as a god, aims to take his revenge on those who beat him and locked him in jail: Nathan Never and his Agenzia Alfa colleagues. Influenced by his twisted psyche, Mathaus enacts his plan, kidnapping an Alfa agent and forcing Nathan, Branko and Sigmund – along with a civilian consultant, Prof. Patricia Garland – to reach him in his hiding place, concealed in a still rundown area of the City. The only clues they have to find the criminal are cryptic and symbolic pictures... It’s the beginning of a dreadful journey to hell...