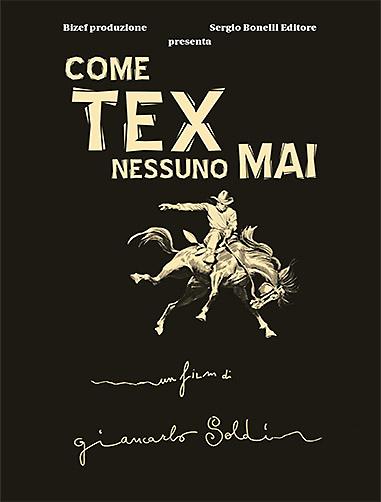 Introduction: A Dvd and a book to celebrate Sergio Bonelli, the unforgettable!

This publication presents the DVD version of “Come Tex nessuno mai”— the documentary film written and directed by Giancarlo Soldi that commemorates the extraordinary human and professional adventure of Sergio Bonelli, the unforgettable publisher of Tex and so many other comics heroes, but also Zagor’s and Mister No’s “Dad”, in the series that Sergio wrote with the nom de plume of Guido Nolitta. Also, Bonelli is the central figure of "Sergio Bonelli - Il timoniere dei sogni", the 64-pages companion book to the DVD, featuring a full-color version of “L’Uomo del Texas”, a Nolitta masterpiece with art by the great Aurelio Galleppini!