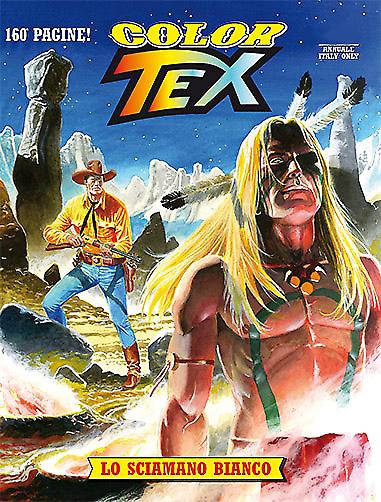 Introduction: Tex and Tiger fight alone, in the lands of the Snake Indians...

A secluded and wild valley is the last retreat of a tribe that descends from the Shoshones, slaughtered by the Mormons many years ago. The Snakes now have a new shaman, a blond half-blood, son of an Indian woman and a Mormon man. After giving up the heritage of his father to embrace his mother’s culture, he became a saint and a hero for his new people. But Tex is of a different opinion. Along with Tiger, he’s on the tracks of a ruthless assassin who changed his identity several times. The two pards’ believe they’ve finally find their man, but the Snakes beg to differ about that...