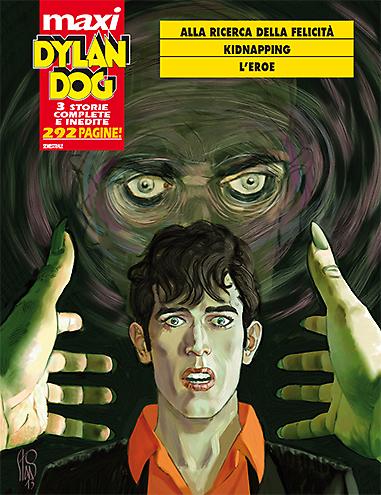 Introduction: Desires that were better left unfulfilled… a child that can evoke demons… a mysterious individual endowed with terrible powers…

Beware of your desires, you could end up fulfilling them. There goes the old saying, and Dylan Dog and other unlucky dreamers are about to experience firsthand its tragic consequences, when their most secret and unmentionable dreams come true…

The kidnapping of a child becomes a real tragedy— not for the victim, though, but for his keepers, who ignore that the boy is endowed with diabolical powers. He’s directly in contact with the nether world and its blood-thirsty dwellers.

A young and attractive woman asks the Nightmare Investigator to protect her from a strange character, who began stalking her and has the ability of always being present on the scene of some gruesome and unexplained deaths that are filling London with blood.