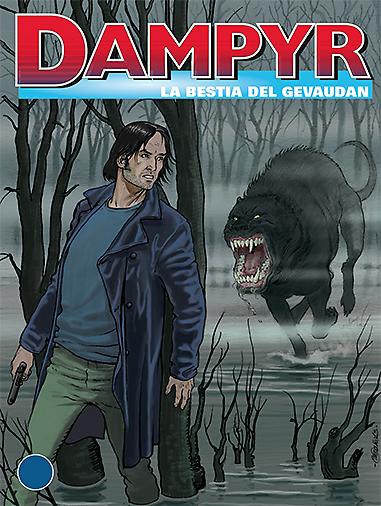 Introduction: A monster werewolf, the menace sent by Ancient Gods...

Dampyr’s holiday in Paris gets complicated, when Angèlique leaves for a dangerous scoop in the Lozère area, the same place that was roamed by a famous monster, the “Beast of Gevaudan”, centuries ago. The two friends are involved in a whirlwind of death and mistery, that is oddly connected to the ancient ceremonies of the Master of the Night, Verdier, owner of the notorious “House of blood”. Is the Beast back? Following Verdier’s and the undead alchimist Tenardier’s footsteps, who’s trying to revive the Primeval Gods, in the dungeons of an old abbey? Is the attractive Mistress of the Night Araxe de Kercadio involved in any form?