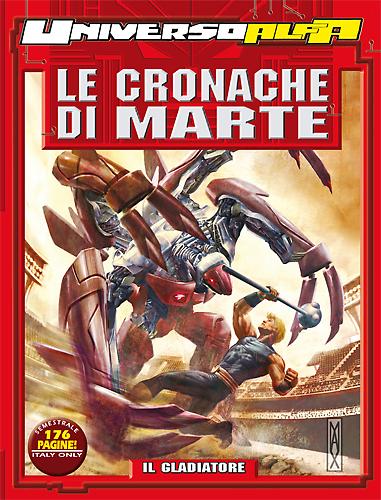 Introduction: The bloody dictatorship of Decimus Maximus looms over the Red Planet!

A new era of terror begins on the Red Planet: the Pretorians are back into power and the human colonists are rounded up, imprisoned and forced into slavery. One of the favorite pastimes of the Martian dictatorship are the arenas, where the prisoners are forced to fight against some deadly machines... Now, after many years, a group of humans is ready to join forces and fight for their freedom, putting an end to the bloody regime created by Decimus Maximus, Pretorian n. 1!