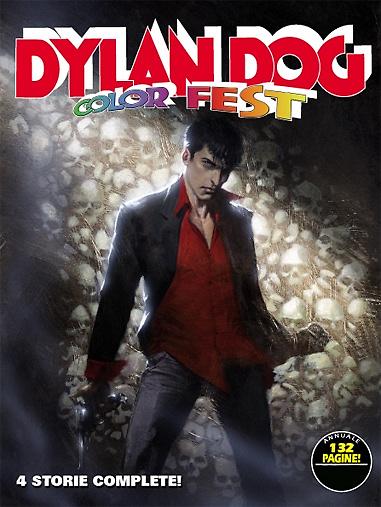 Introduction: Four full-colour nightmares, full of unconscious-generated monsters who are back from death, and blinded by light!

The harmless flight from home of two kids becomes a nightmare when a scary Boogey Man starts following their tracks. Only the investigator from Craven Road could stop him, but for one thing— one of the young runaways is called nothing else than... Dylan!

Axel Neil isn’t just one of the many monsters Dylan Dog has faced at the beginning of his career. Axel Neil is the Monster par excellence, a man who used to kill his victims with an unbelievable fierceness. Even death refused to have him and after a long coma… Axel Neil has woken up again!

Baldo, little Billy’s “imaginary” friend, has been kidnapped— to find him a “real” nightmare investigator is needed. Someone who can allow himself to be transported by his imagination inside his own dreams, provided that he can find his way back to reality.

For he who lives in the shadow, nothing is as beautiful as the vivid colours of a world full of light. To have those colours, albeit for a little while, somebody is ready to try anything... even to challenge the famous Dylan Dog!