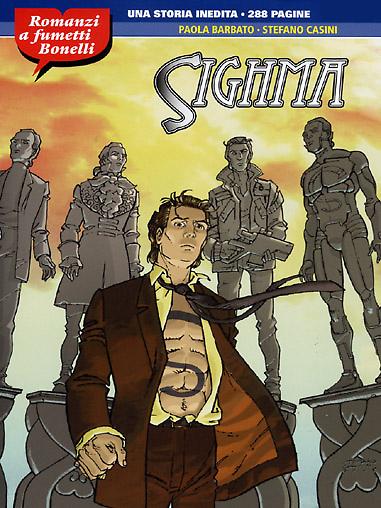 Introduction: A man searching for his past: only when he'll find out the meaning of the Sighma letter that's tattooed on his chest, he will remember who he is…

A nondescript future. An empty world. One immense City. Outside of it, the awakening of a man under an absent sun: his mind deprived of memories, his only identity trace a Greek letter tattooed on his torso: "Sighma". It's the beginning of a voyage, the search for himself of a seemingly normal man, whose former existence left only disturbing traces. Who was he? Why is he able to fight as an expert warrior? Why nothing worries or frightens him, and why nobody knows his name? The City is a maze of doubt, and Truth, provided it exists, is to be found where nobody can go…