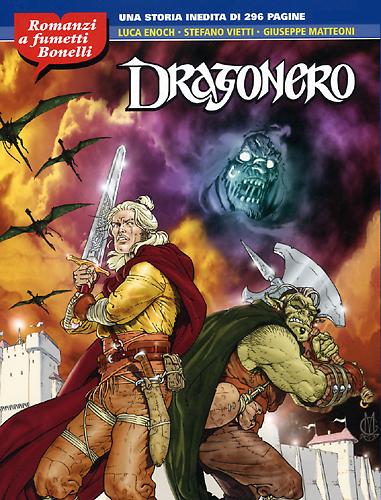 Introduction: The old seal will be broken soon— an enchanted land could be hit by an invincible evil force!

Beyond the civilized lands of Erondàr, the Stone Towers – hidden behind the giant barrier of The Wall, dividing the Empire from Dragonlands – are now crumbling. The great monoliths are falling one after another under the wild thrusts of an evil force. The Ancient Prohibition, the seal that binds the Abominables inside their dark world, is soon to be broken. Alben the Wizard knows what must be done. He will send for Myrva, a young follower of the powerful Technocrats; he will choose Hecuba, the fighting nun, to protect him; he will call back Ian Aranill, a former Empire officer – followed by Gmor the Orc, his loyal friend – to use his scouting experience. Together they will face the evil forces summoned by one of the wizard’s oldest enemies, and the hordes of the Painers, the lone sentient and evil beings who still live in the barren Dragonlands. And he knows that Ian, scion of the ancient Varliedàrto family, the «Dragon-slayers», is the only one who’ll be able to stand the last, horrible threat they will be facing!