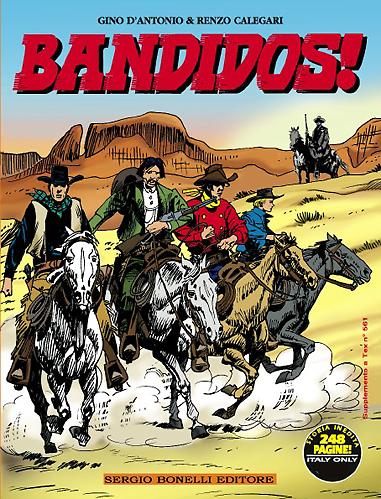 Introduction: The legendary cowboy era is back, in an album by two masters of Italian comics!


Shady Frank Frazette wants the cattle that belonged to a ranchero called Armstrong, and he's ready to smear his hands with blood to achieve his goal. After killing the legitimate owner, Frazette pins the killing on Armstrong's cowboys, who are consequently hunted by Abilene sheriff. While running away, the brave cowboys Ducke, Barranco and Littleboy will have to face the outlaw gang of Frazette, who's bringing the stolen cattle to Mexico, but also the Comanche who are raiding the border... An epic tale written and illustrated by two great western authors: Gino D’Antonio and Renzo Calegari.