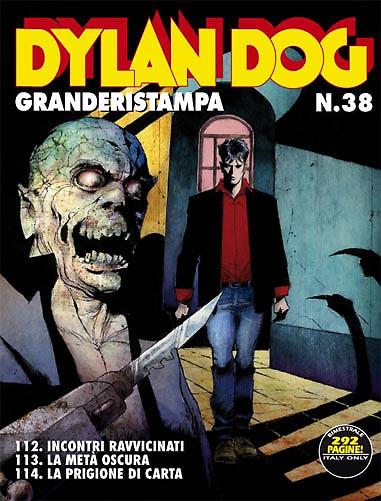 Introduction: An alien nightmare, an uneasy dark brother and the secret of imagination!

Patty has killed herself to get away from a nightmare. Her body and her mind were slashed by a deep gash, which would not have been able to heal. Among the pages of her diary, Dylan finds the traces of an incredible experience: horrifying alien beings, kidnappings, torture… It’s a horror that shuffles the cards of reality and the subconscious in a game of ghosts. Some is feeding on all this. Someone – a forced that is not of this Earth – wants to savor the violent taste of emotion…

Night falls and monsters are free to come out. Everyone has their own, each of us keep it hidden like an awkward relative, a brother of darkness. But everyone known that there are no padlocks and chains that can really stop it. When night falls in the mind, all we can do is step aside and wait for the fury… of the Obscure Half!

Writing is no problem for Charlie Chivazky. Words bubble out of his fingers and trace surreal phantasmagorias, fulminating patterns of characters and situations. But where do the illuminations of the writer spring from? Dylan Dog must investigate the secret power of story, telling, because Chivasky’s fantasies – his personal demons – are being released into the air, ready to tell their stories of death!