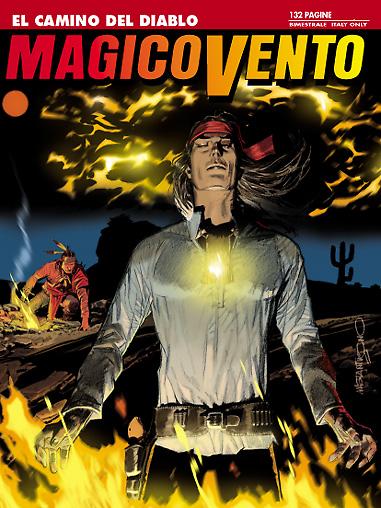 Introduction: Hunted down by General Crook and the Mexicans, Victorios Apaches seem doomed, and Magico Vento along with them...

Ned has joined the Apache warchief Victorio, surrounded by the troops of General Crook. Their only way out of the siege is desert. But that’s where, just on the other side of the border, an imposing army of “rurales” is waiting for them. Traditional weapons aren’t enough to escape, this time, and the same goes for Ned’s magic powers. He’ll need to join spiritual forces with Oshea, the witchdoctor, and Lozen, Victorio’s sister. A fire storm is about to hit the desert.