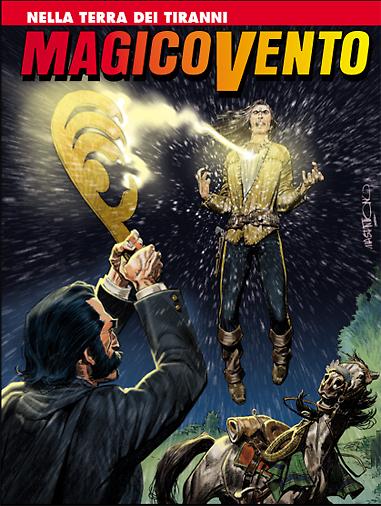 Introduction: In the land of the Natchez, a Native tribe, tyrannical priests demand new human sacrifices!

Magico Vento's chase for Hogan is still on, and it's becoming increasingly close. They enter the land of the Native tribe of the Natchez where, among mysterious pre-Columbian mounds, still lives a race of priests that still practice human sacrifices. An innocent victim is about to be sacrificed. His destiny is hanging by a thread. Hogan himself is utterly disgusted by this cruel ritual, but needs the priests' connivance to perform the secret task the Ancients gave him. But he hasn't much time left, because Ned is on his way...