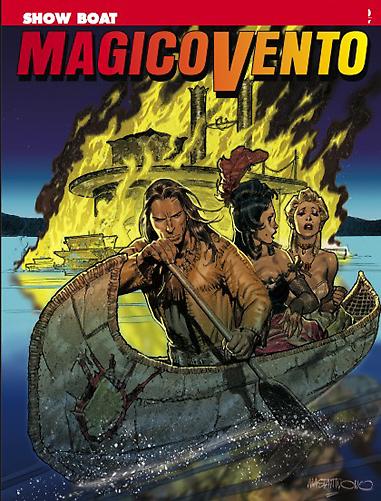 Magico Vento is traveling along the banks of the Missouri River to get to Saint Louis, where the Secret Services found clues about his enemy, Hogan. Along his route, Ned meets a small company of dancers and musicians, who stage their miserable shows on a barge. In a land where the hatred and resentment caused by the Civil War is still running wild, the poor entertainers are constantly menaced and attacked. Ned helps them, but his delay in getting to Saint Louis will mean bad news for Poe, who's hunting Hogan down with the help of Henry Task and Little Boy.