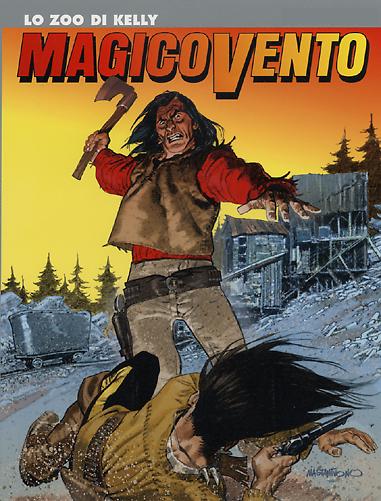 Introduction: The men called to the defense of the town named Helena have become a harsh threat for its inhabitants


Some time ago the citizens of Helena, Montana, engaged a gang of scalpers to protect them from the Cheyennes. But, after the Indian menace is gone, Kelly and his vicious brutes are back. This time they don't bother with scalps: they kill from far-away, like sharpshooters, targeting the local cattle farmers. Who hired them? How long will their bloodhsed go unpunished? Ned has gone to Helena with an old outlaw gunman, Jordan Freeman, who wants to rob the town bank. When he witness the cruel actions of the former Indian scalpers, Magic Wiind knows there's only one thing to do…