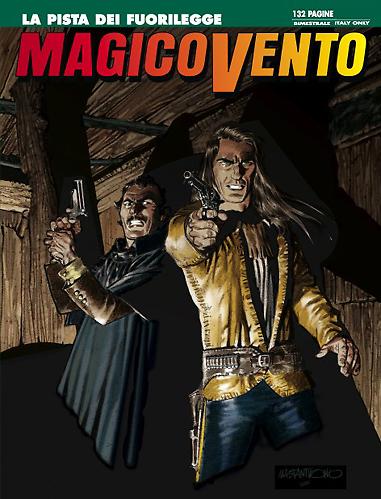 Introduction: The challenge facing old gunman Jordan Freeman and ambitious youngun Chucka can be judged only by Magic Wind!


Near the Canadian border, on the mountain called Castle Butte, some American outlaws and refugees founded a strange community. They practice illegal traffics, following some rules nonetheless. The most important of these prescriptions is that nobody is allowed to shot against another member of the community. Is this law destined to be observed when a rivarly arises among the headmen of the place? How long will old, disenchanted gunman Jordan Freeman be able to put up with Chucka, a youngster ready to try anything to achieve the goal he believes to be right? Time ago, Magic Wind met and made friends with both men, but now is forced to choose which side his gun will be on…