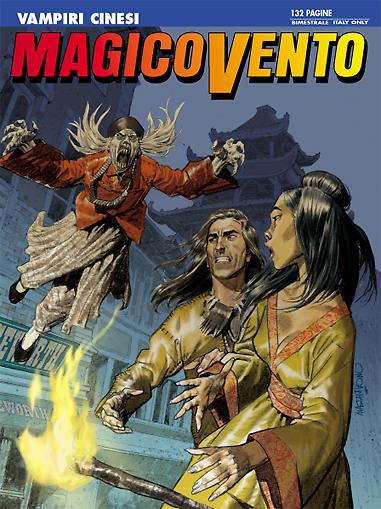 Introduction: In San Francisco the terrible Chiang Shih vampires, protagonists of the battle between rival Tongs, unleash their full fury.


There’s a full-scale emergency in San Francisco: protesters against Chinese immigration are rampaging through the city and while demonstrators and police clash on the streets, in Chinatown the rival Tongs do battle with one another and fight tooth and nail. Then someone comes up with what’s supposedly the definitive weapon: seven coffins have arrived at the port from the Far East. In them are contained the terrible Ch’iang Shih vampires, the Chinese zombie-vampires that an insane boss thinks he can use to spearhead an invincible strikeforce. What power can Magico Vento’s indian magic have against them?