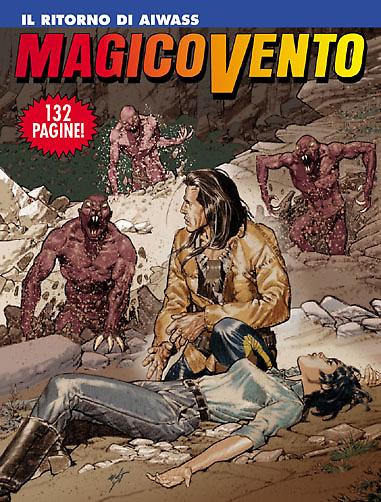 Introduction: The gateway to hell threatens to reveal its yawning mouth to the archeologists digging around Serpent Mound

An ancient ritual object is stolen from the Smithsonian Museum in Washington. The relic in question is a golden claw that came to light during an archeological dig in the area of a primeval snake-shaped barrow known as Serpent Mound. Even the archeologists are uncertain as to what this mysterious manufact was used for. Thus who could have had any interest in stealing it? And why? It is immediately clear to the Federal Secret Services that this is somehow bound up with the Black Vault, the occult sect of conspirators thought to have been stamped out long ago but which has now regrouped around a mysterious new leader. While Poe is summoned to the capital in order to lend a hand in the investigation, Magico Vento – who is beginning to feel rather uneasy on account of a baffling vision of death – rushes to Serpent Mound to halt the excavations: down there, underneath the ancient mound, there lurks a terrible hazard. The wellspring the archeologists have discovered in the Serpent’s head is the gateway to Hell.