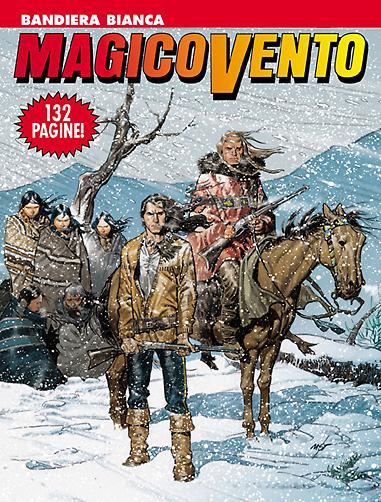 Introduction: Magico Vento is to become a bimonthly album and the number of pages is going to increase to 132!

The epic cycle of the war for the conquest of the Black Hills is drawing to a close! Hounded by General Crook’s troops even in midwinter, Cavallo Pazzo puts up a fearless resistance, but his followers begin to have misgivings and the first defections start to occur. Not even Magico Vento seems convinced that it’s worthwhile holding out much longer. But Cavallo Pazzo won’t follow his advice, he doesn’t want to go and join Toro Seduto who’s taken refuge in Canada, and he doesn’t believe that the whites will ever accept a truce…