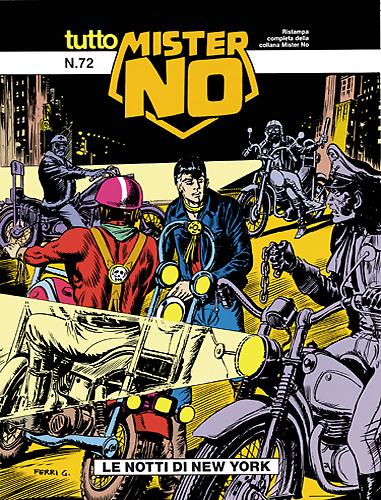 Mister No tells Esse-Esse about the time when, some years before, in 1949, he was in New York. He had saved an old lady from some purse-snatchers, handing one of them over to the police. But, one night, a few days later, he was assaulted by a gang of bikers, veritable “warriors of the night”, who wanted to get revenge for this “breach of the code”…

In this number:
The cover story starts on page 50. The story started in issue 69 finishes on page 49. 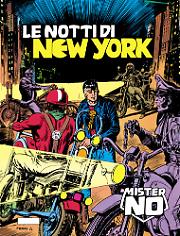