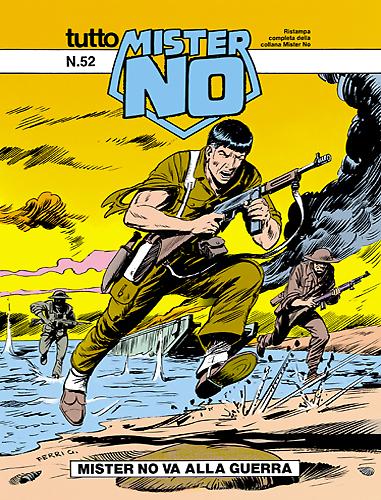 The thirst for revenge eats away at Senator Redford from Texas, who is convinced that Mister No killed his son George during the Second World War, when the two young men were officers in the American air force in the Philippines. Redford is about to get rid of Jerry with the help of two killers when our hero, to clear his name, begins to recollect what really happened…

In this number: The cover story finishes on page 53. The story “Odio implacabile” (“Merciless hate”) (by Nolitta and Diso) begins on page 54 and continues in the next two comics. 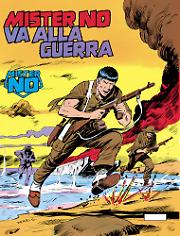