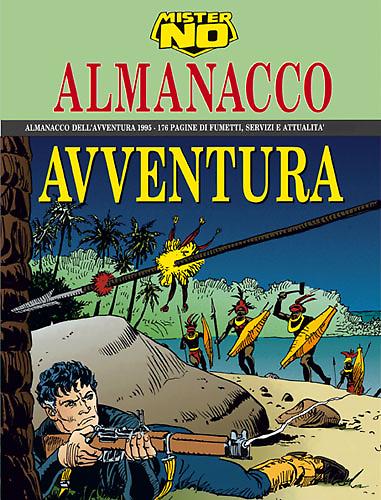 Introduction: Mister No in a complete 94-page comic strip: "Il re dei Papua". Adventure year: everything about the books and movies. Dossier: The profession of being a reporter. The legend of Errol Flynn. The saga of Conan the barbarian. Robert Louis Stevenson: life of a rebel. Amid the snows of the Kilimanjaro. 176 pages of Journeys, Risks and Wonders!

Second World War. The plane transporting Mister No and his fellow soldiers from Guadalcanal to Port Moresby is forced to make an emergency landing. The Americans disembark on a strange island whose inhabitants are commanded by Eyke, an ex Nazi sailor who is in league with the Japanese. Sinister and ruthless, worshiped by his followers, Eyke is the King of Papua!