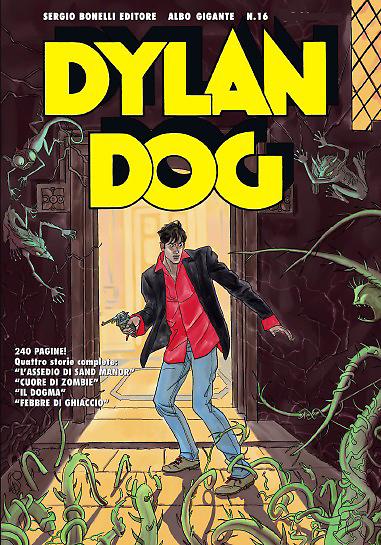 Exit Mr. Sand, the greatest demonologist in the world. His life has been dedicated to the ceaseless fight against demons... and now that he's dead, his enemies swear to have their revenge. They plan to seize Sand's soul, that's going to stay inside his body until dawn. To avoid this, Dylan will have to join forces with some strange characters: an occultist, a “white” witch and a couple of sensitive twins.

Sarah, Lord Whittington's wife, is living her worst nightmare: her daughter Rory was kidnapped just in front of her. But the most frightening thing, the one nobody (except Dylan Dog) seems to believe, is that the girl's kidnapper was a zombie!

Something strange and frightening is happening to the Nightmare Investigator. Memory blanks, weariness, sudden collapses and an unusual behaviour that made even his closest friends unable to recognize him. If that wasn't enough, Madame Trelkovski is sure to have connected with Dylan's soul… but there's only one chance for this to happen: that Dyd is dead!

What's happening to the world? Is it possible that only Dylan realizes that everything around him is freezing? Non just things and human beings, but also feelings and human relations, seemingly frozen in an eternal moment. The only exception is the man from Craven Road, who's hot with a mysterious fever.